Chances of getting a job as an aircraft refueller are poor due to low turnover and a lack of new positions.

Pay for aircraft refuellers varies depending on their skills and experience.

These rates include a base salary as well as an allowance for working extra shifts.

Aircraft refuellers may do some or all of the following:

Aircraft refuellers need to have:

Not many people can play golf in the middle of the week, says aircraft refueller Paul Kingham. But he can.

"The shift patterns in this job are good: we do five days on and three off, for four weeks; then four on, four off for three weeks. It's all about quality of life and I get to work and do other things like golf, tennis, water-skiing, or going to the gym."

It pays to keep your cool and concentrate

"If everything goes to schedule there's no panic," says Paul. "But, when there's a 10-plane backlog to clear, it pays to keep a cool head. You can't get stressed when people are saying, 'Where's my fuel?' You just have to say, 'Hold on mate, we can only do one job at a time,' because there are no shortcuts. You have to keep cool because it's when you start panicking that you can stuff up."

The job can be repetitive, and that's another reason mistakes can happen. "The repetitive nature of the job can be a trap, because something can go wrong if you get blasé. You need to put a certain amount of fuel in a plane, and if you're thinking about what you're going to do on Saturday night you could put too much in. You have to keep your mind on the task."

To become an aircraft refueller you need to have:

Because aircraft refuellers work at airports they need to have security clearance, so they must not have any criminal convictions.

Once employed, aircraft refuellers must attend at least six weeks of on-the-job training. During this time they learn about fuel quality sampling, the correct amounts of fuel for specific aircraft, and fire and emergency drills.

There are no specific secondary education requirements to become an aircraft refueller. However, construction and mechanical technologies is useful.

Aircraft refuellers need to be:

Aircraft refuellers need to have a good level of fitness and strength because they work with hoses that weigh between 10 and 15 kilograms.

Aircraft refuellers also need to be in good health, without any heart conditions. They must pass an annual medical examination.

Opportunities for aircraft refuellers are limited because:

According to Stats NZ, 135 aircraft refuellers worked in New Zealand in 2018.

Demand for aircraft refuellers at regional airports has declined, so you are more likely to secure work at the larger airports in Auckland and Wellington.

It is a good idea to approach employers, such as oil companies, directly to register your interest. This is because vacancies only come up from time to time.

Most aircraft refuellers work at international airports for large oil companies such as:

They may also move into maintenance roles. 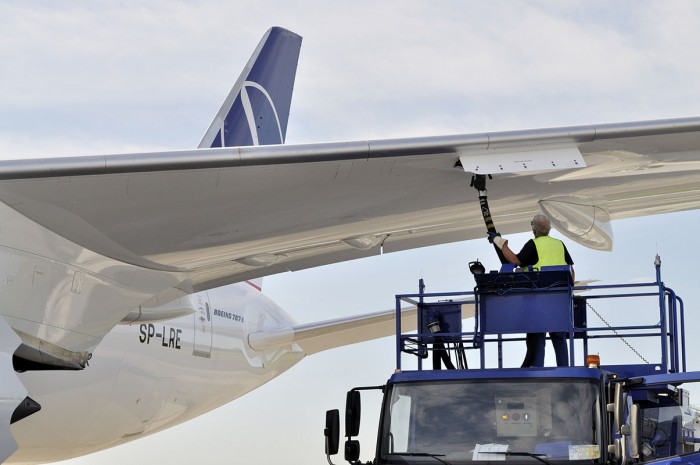