Sterilising technicians clean, sterilise and package surgical instruments and other hospital equipment, soft goods and linen in a sterilisation unit.

Chances of getting a job as a sterilising technician are average due to stable numbers of people in the role.

Pay rates for sterilising technicians varies depending on experience and qualifications.

Sterilising technicians may do some or all of the following:

Sterilising technicians need to have knowledge of:

From TV fascination to hands-on role

A curiosity about surgical equipment seen in television medical programmes is what first ignited Jessica's interest in becoming a sterilising technician.

"Before I did this job, I'd wonder, 'What's that? I wonder what that's for?' when I was watching operations on TV. Now I know exactly what instruments they're using."

While Jessica mainly works in the hospital's sterile supply department, she has had the opportunity to sit in on an operation, which she says was a great eye-opener.

She had always wondered what a claw-like instrument she cleaned and sterilised was for. "It turns out it's to hold the flesh apart. It's quite incredible to see it used."

"One of the orthopaedic surgeons said to me he thinks that our job is one of the most important jobs in the hospital. If it wasn't for us, they wouldn't be able to operate.

"You're not just a cleaner. You have to know every bit of equipment for each type of operation."

She says it's a job she intends to stick at for life.

"I think I'll be here till I retire, because I enjoy it. Even though you are dealing with the same kind of equipment daily, you are still learning things just about every day."

To become a sterilising technician you need to:

No specific secondary education is required to enter this job, but English, maths, health education and biology to at least NCEA Level 3 are useful.

Sterilising technicians need to be able to:

The New Zealand Sterile Services Association recommends that sterilising technicians register with them.

Chances of securing a job as a sterilising technician are best if you approach employers directly. Holding a National Certificate in Sterilising Technology will increase your chances as well.

Turnover among sterilising technicians is average, so vacancies sometimes occur.

Vacancies for sterilising technician jobs are more common in cities as there are more positions available there.

Sterilising technicians usually work for district health boards, private hospitals and clinics. A few work in other areas such as tattoo parlours, beauty therapy, the military and education providers such as the University of Otago.

Sterilising technicians may move into other areas of the health services industry. Some may progress to become team leaders or anaesthetic technicians. 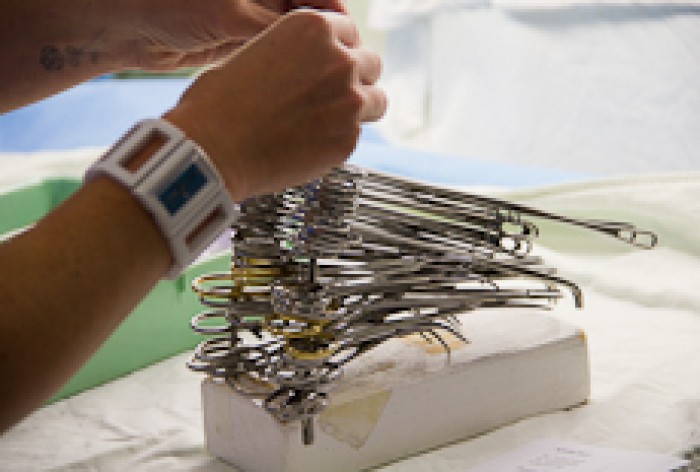 Medical laboratory technicians take medical samples and run tests under the supervision of scientists and pathologists.