Chances of getting a job as a personal trainer/exercise professional are good due to increasing demand for their services.

Pay for personal trainers/exercise professionals varies depending on experience, the type of work they do, and if they are self-employed.

Personal trainers/exercise professionals may do some or all the following:

Personal trainers/exercise professionals need to have:

Personal trainers are often self-employed, so they need to have:

Group exercise professionals also need to have knowledge of choreography and how to lead exercise classes.

Gyms used to scare Libby Searle. Now she works as a personal trainer and runs weightlifting classes for women.

"I was a really unfit kid and teenager, and always hated fitness. All through high school I never did PE – just hated it," Libby says.

When a friend suggested they train for a half-marathon, Libby started going to a gym but found the experience intimidating. This all changed after she discovered she had hip dysplasia, which needed surgery and physiotherapy, and brought her back to the gym.

"I really found a love for it. I wanted to help people feel not so scared in the gym."

Running her own business

A big step for Libby was moving from working in a commercial gym to running her own personal trainer business in Christchurch.

"I always knew it would be a good idea to work in a commercial space to learn from other trainers. They offer mentoring and you can bounce ideas of them. It's a little scary going out on your own. I don't recommend it for anyone straight off."

Now Libby runs her own business specialising in weightlifting classes for women and has been a winner at the Exercise Industry Awards.

"In two years I've gone from running two classes a week to 13."

Bryn talks about what it's like to be a fitness manager – 2.36 mins. (Video courtesy of Skills Active Aotearoa)

View transcript
Bryn: When I was leaving school I was slightly overweight and I wasn’t too happy about myself, so basically when I went overseas I took a gap year and I spent three months and really worked on myself with losing weight. So, doing a lot of running and a lot of gym work, and over that time I lost over 20 kilos, so I felt pretty good about myself. And, basically using a personal trainer I obviously felt pretty good, and I was like - well if I’m feeling this good then I wanted everyone else to feel the same and I got a good buzz out of training people and helping people achieve their goals.

My name is Bryn Morgans.

How did I fit my study in?

So, like anything it does come down to time management and one thing I’ve learned being a personal trainer and fitness manager is that it’s all about making sure you set aside time for everything rather than leaving everything to the last minute – what I used to do at school and, you know, have to cram for an exam or something like that which isn’t going to give you the best result possible.

By going through Skills Active and doing courses it’s allowed me to have a better understanding of everything and when I went and did my course down in Dunedin that was really good but that was three plus years ago so it’s been good and allowed me to refresh my memory and now set some new goals and be a bit more determined and focused on where I’m planning on being over the next three to five years.

Over the next couple months I plan on becoming a regional manager so that I can oversee a few more clubs which allows me to have rather than twenty trainers, I’m now looking at over fifty and then from there I plan to become the Director of Fitness. Obviously there’s a few people in the line, but, you know, that’s my next progression and that means, you know, twenty to thirty clubs by then if not more. With those amount of PTs helping those amount of people is just something I can’t wait to achieve, so yeah.

There are no specific requirements to become a personal trainer/exercise professional.

Most employers require you to be registered with the Register of Exercise Professionals (REPs).

No specific secondary education is required for this job, but biology, health education and physical education to at least NCEA Level 2 are useful.

Personal trainers/exercise professionals need to be:

You have to be motivated to do stuff that’s not so much fun – like tax, social media, advertising. It’s hard work, but if you have the right support you can really make a go of it.

Most employers require personal trainers/exercise professionals to be registered with the Register of Exercise Professionals (REPs).

Demand for personal trainers and exercise professionals is expected to continue to grow as exercise is increasingly viewed as essential to good health.

Online exercise training and wearable devices such as fitness watches are also expected to increase the demand for personal trainers and exercise professionals.

According to the Census, 4,146 fitness instructors worked in New Zealand in 2018.

Exercise professionals can work for:

Many personal trainers are self-employed.

Personal trainers/exercise professionals may progress to set up their own fitness or personal training business.

They may specialise in areas such as: 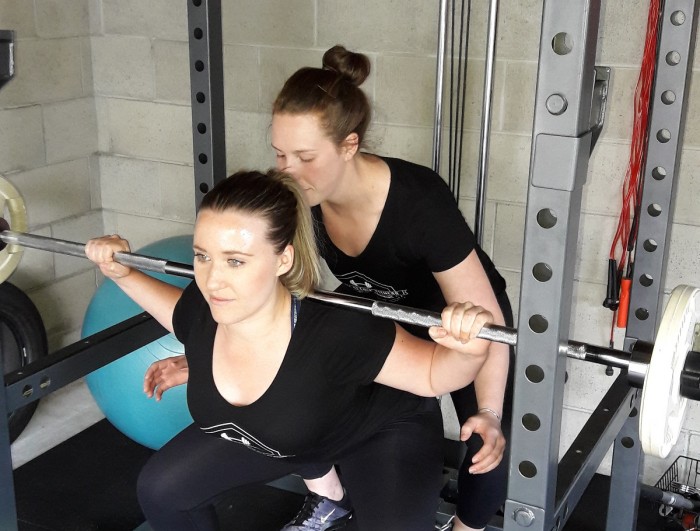 Personal trainers work with clients to help them improve their fitness

Sports coaches/officials coach and instruct athletes, and are the officials in charge of sporting events.

Recreation co-ordinators plan and run community leisure, before and after-school and sport programmes at venues such as recreation centres, parks, clubs and schools.