Marine biologists study animals and plants that live in the sea, and how they interact with their surroundings.

Chances of getting a job as a marine biologist are average, due to strong competition but growing fields of work.

Pay for marine biologists varies depending on their employer, skill level, and what type of work they do.

Marine biologists may do some or all of the following:

Marine biologists need to have:

What do you work on as a marine biologist?

"Mostly I work on seaweed, but I also dabble in starfish.

"My work with seaweed is varied. It includes looking at where and how seaweed grows, finding new species, and sometimes trying to farm seaweed."

"People don’t know much about seaweed and what it does.

"It provides shelter and food for many invertebrates [cold-blooded animals with no backbone] and fish species. Recently we’ve also been looking at some species for the Ministry for Primary Industries that are potentially sensitive to environmental stressors. They could give us advance warning about environmental change – a bit like the canary in the mine.

"There is also some seaweed with compounds we can use in pharmaceuticals, nutraceuticals, and food. Companies already harvest seaweed in New Zealand to use for food products, fertiliser and crop protection."

What’s the best thing about your job?

"I could be out in the field, doing lab work, doing marine surveillance on small boats, analysing data, or writing up findings.

"I love the variety of work and skills needed."

View transcript
Drew: These organisms are beautiful and iconic. There are certain types that are present nowhere else on earth, so it’s very important to study them.

The most recent trip was to Explorer’s Cove on New Harbour, which is in the Ross Sea, Antarctica. Our team was nine scientists and technicians, and of those, seven of them were scientific divers that dived underneath the ice.

Unknown: We are about to commence our dive operations for the morning/afternoon.

Drew: On this trip, we went diving underneath the ice to deploy a large-scale experiment involving incubation chambers that we deployed to the sea floor. We also surveyed the fauna using standard survey techniques, and we collected organisms for isotopic analysis, so we can reconstruct food webs and how they’ve changed since our previous trips.

The water is -2 degrees Celsius. It’s very very cold. And we have to dive through 10 feet of sea ice in order to access our study sites. Diving under the ice is quite surreal. It’s like diving in twilight because the light is dim. It’s almost in some ways like diving in outer space because of the vistas that you get towards the underside of the ice with the light coming through. And the clarity of the water is, is unbelievable. It’s almost like you’re floating in air rather than floating in water.

I think documenting what is down there now, and how it’s changing over time, is really important. This year all of us were struck by just how quickly things can change and it shows just how – there is essentially climate models that are predicting changes in sea ice conditions. Science Under the Ice is pretty extreme.

Unknown: It’s hard to keep the heat up in the huts because the Sigma stoves are not working that well.

Drew: That being said, the divers love diving under the ice because of the beauty and the unique experience that it provides.

Useful subjects include biology, chemistry, physics, English, and maths with statistics and/or calculus.

Marine biologists need to be:

Marine biologists need to be reasonably fit so they can lift and carry equipment during fieldwork. They also need good eyesight (with or without corrective lenses) for laboratory work.

Demand for marine biologists growing, but competition for vacancies high

Demand for marine biologists is rising in:

However, the occupation of marine biologist remains relatively small, and competition for vacancies can be high due to:

According to the Census, 156 marine biologists worked in New Zealand in 2018.

You can increase your chances of securing a marine biologist job by having:

Marine biologists may work for:

Marine biologists with a PhD can apply for postdoctoral fellowships at research organisations or universities. These often lead to permanent academic positions.

Marine biologists who have 10 or more years' experience at a research organisation may progress to become:

Marine biologists may specialise in: 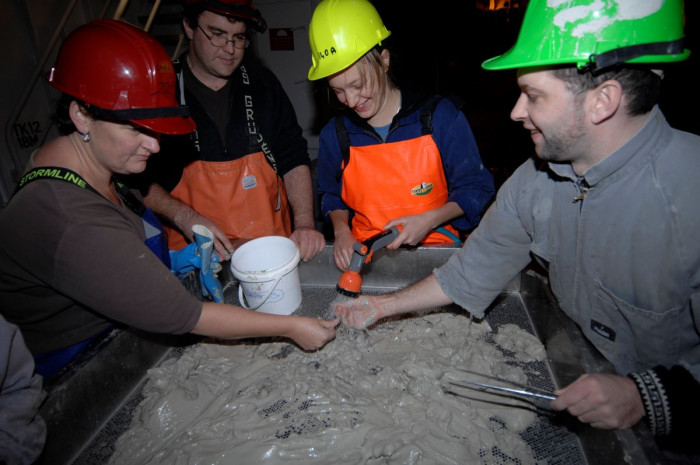 Geologists study Earth processes, such as earthquakes, floods and volcanic eruptions, to predict future events. They also advise on natural hazards and how to develop or use the Earth's land and resources.

Zoologists study animals and their behaviour in the wild or in captivity, and how they interact with other species and their environments.

Other Natural and Physical Sciences