Tow truck operators drive and operate trucks to tow vehicles that have broken down, been damaged or illegally parked.

Chances of getting a job as a tow truck operator are good due to high turnover and growing demand.

Pay for tow truck operators varies depending on experience.

Most towing companies pay an hourly rate, but some pay a flat rate for each call-out.

Some tow truck operators have their own trucks, and contract their services to a towing company. They are usually paid a fee for each vehicle they tow, and can earn $100,000 or more a year (before tax and truck costs).

Tow truck operators may do some or all of the following:

Tow truck operators need to have:

Can you describe your most unusual call-out?

"A guy took his wife’s Porsche for a drive, but he went flying off into the water at Shelly Bay. He was wearing heavy work boots and got his foot stuck because the pedals were so close together."

Police divers attached hooks to the wreck and Pete Hansen and a workmate winched the car to shore. "It was written off, but fortunately he was alright…"

What sort of jobs do you typically attend?

"We mainly do breakdowns, but we also get call-outs to attend crashes. Nine times out of 10 you’ll know straight away what to do. Other times you’ve got to take a bit more in; such as, if the car’s gone into a house, you have to think 'If I pull it out, is a wall going to fall down?' "

Can dealing with irate people be difficult?

"If you encounter someone who looks like they’re headed for a confrontation, you try to steer them from it. I used to work at the airport as a parking warden, so I learned a few skills there about how to calm people down. If you can help them out, they calm down and you end up best of friends."

To become a tow truck operator you need to have held a Class 1 (full) licence for two years before getting a vehicle recovery (V) endorsement.

Depending on the size of the tow truck you are driving and the vehicles you are towing, you may need a heavy vehicle licence.

If you want to set up your own tow truck business, you'll need a vehicle recovery service licence.

There are no specific secondary education requirements for tow truck operators, but English may be useful.

Tow truck operators need to be:

Opportunities for tow truck drivers are good because:

Your chances of securing a job are best if you can work weekend and evening shifts.

According to the Census, 315 tow truck operators worked in New Zealand in 2018.

Most tow truck companies are small businesses employing between five and 15 operators. Some large companies – particularly those in Auckland – employ over 60 staff.

Tow truck operators may progress into management roles or set up their own tow truck business.

They may also move into other transport-related jobs, such as heavy truck driving. 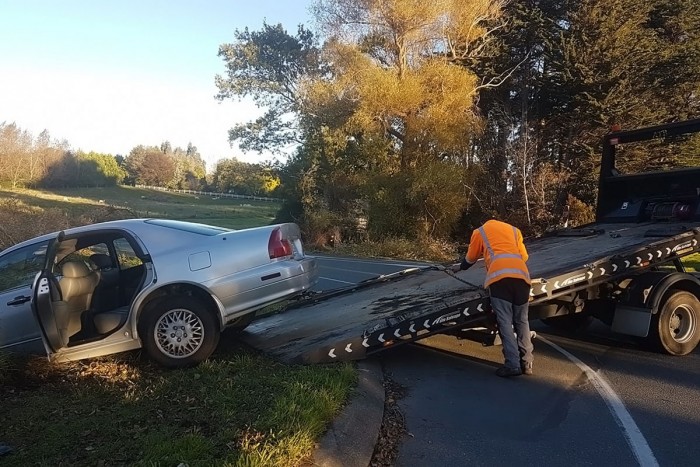 Automotive technicians service and repair vehicles and their parts and systems.