Chances of getting a job as a train driver are average because opportunities vary by region, and competition for vacancies is high.

Pay for train drivers varies depending on their experience and role. They usually do shift work and receive overtime, which increases their take-home pay.

Train drivers may do some or all the following:

Train drivers need to have knowledge of:

Train drivers talk about the highlights and challenges of their job – 1.35 mins. (Video courtesy of KiwiRail)

View transcript
First train driver: I've been driving trains now for the past 32 years. I enjoy the life of a locomotive engineer for the solitude that you have when you're out by yourself. You're doing your job, and there's just you.

Second train driver: I like the challenge of a heavy long train over a challenging track. There's a good sense of achievement when you get to the other end.

Third train driver: It's different, because you are not stuck in an office from 9 to 5, you're out there and every day's different – it's never the same.

Fifth train driver: You're pretty much your own boss.

Second train driver: For me, the least favourite route has got to be the suburban area, because of the volume of people – people at the side of the track, people on platforms, people on level crossings and unfortunately a lot of people don't have situational awareness about what's going on. So often we see them with earphones in, and a cellphone in front of them

First train driver: Yeah, with the earphones, they just can't hear the bells.

Fifth train driver: I'm lucky, so far not to have been involved in an actual incident, but I've had lots and lots of countless near misses.

Second train driver: Your heart goes into your mouth, you reach for the brake, you know that if something goes wrong you're not going to stop.

Fourth train driver: Before you cross over the tracks, remember, always.

Fifth train drive: Always expect trains, in either direction, at any time.

To become a qualified train driver you need to:

To become a shunter, who shifts (shunts) carriages and wagons using trains or remote controls, you need to:

No specific secondary education is required for this job but maths, English, and construction and mechanical technologies to at least NCEA Level 2 is useful.

For Year 11 to 13 students, the Gateway programme is a good way to to gain industry experience. This programme may help you gain a job but doesn't reduce the amount of time it takes to complete your training.

Train drivers need to be:

Train drivers need to have:

They also need to be comfortable working in confined spaces.

Demand for train drivers average, but expected to increase

However, opportunities for train drivers are expected to increase in the long term. This is because the 2018-27 Government Policy Statement on Land Transport includes up to $400 million for rail improvements, including more commuter rail services and more rail freight trips.

Most train driver work is in Auckland and Wellington

Your chances of getting train driver work are best in Auckland and Wellington, which have major freight depots and urban commuter networks.

The Auckland City Rail Link will increase demand for train drivers in Auckland as it will extend the network and allow more trains to travel on all lines. One hundred new train drivers will be needed.

Shunters, who shift (shunt) carriages and wagons using trains or remote controls, tend to leave the role after a short time because the role is physically demanding.

However, the occupation is small so it can still be difficult to secure a position.

Experienced train drivers may move into managerial or training roles. They may also progress to become station managers or train controllers. 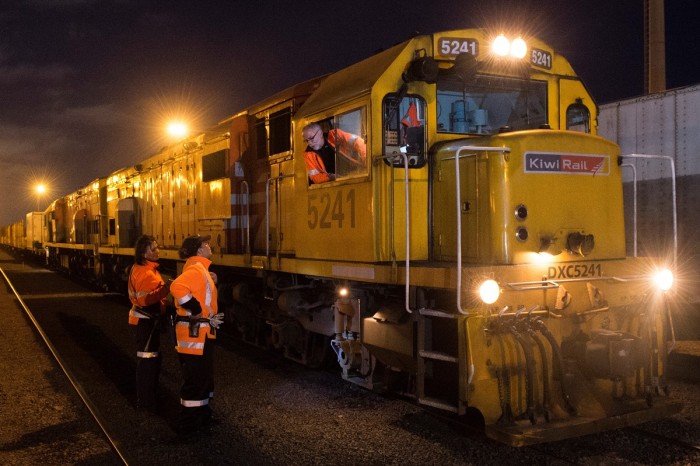 Crane operators use cranes to move objects such as materials on construction sites, containers on wharves, and heavy parts in factories.