Rangers protect, enhance and maintain conservation and recreation areas such as regional and national parks, forests, wetlands, reserves, and sites of cultural importance.

Chances of getting a job as a ranger are average due to increasing job numbers but high competition for positions.

Pay for rangers varies depending on experience, qualifications and the type of work they do.

Rangers may do some or all of the following:

Rangers need to have some or all of the following:

"I think when you say park ranger a lot of people just think of someone maybe in DOC that's looking after a wilderness environment. We're on this urban fringe, near Wellington, and the issues are a lot different. We're dealing with the public a lot more. We've got so many neighbours. Being out in the wilderness you've got no neighbours. You're maintaining tracks and biodiversity, but here we're got a bit of everything."

Being the face of a park

"Being a park ranger is being the face of the place, being able to answer questions and being out there and talking to people when you're out and about. That's more of a thing with park rangers than anything."

"Most days I'll go to Dry Creek and check the camping area. That's the toilets, make sure they're clean, toilet paper is stocked up, pick up any rubbish. Then during the start of the month it's inspections and ranger reports. My week can start off completely free and then each day something else happens. I suppose our work is fairly reactionary. Being in the park ranger roles, if something needs to be fixed, we'll have to problem solve and get it fixed."

Find out how you can become a DOC ranger! Trainee rangers learn how to look after locals in the Nelson/Tasman region.

View transcript
Being a ranger isn't everybody's cup of tea. One minute you could be putting out a forest fire the next covered in penguin poo. But, for some fresh-faced and very enthusiastic trainee Rangers it's a dream and the dream starts here in Nelson.

Scott this isn't your average lecture theater what's this training range of course all about? it's a chance to get young ones out actually learning the skills of becoming a dockworker so they can get out and become DOC rangers and work for us. And what sorts of skills are they learning while they're on this course? ATVs, fire training, fencing, trapping, plant identification, it's just we just just pack it in.

And all of these students actually come from all throughout the country. They're coming from Kaitaia through the deep south from one from the Chatham's last year we just, theu basically come from all over the country. And what happens when they come out the other side of the course? Because these guys come out with all of their tickets, with their chainsaw ticket and their ATV ticket and their grow safe ticket they just get snapped up by the department. And what's the most rewarding thing for you? Watching them progress through the system, actually and going getting them becoming happy DOC workers, it's really cool I've got this whole network of training Rangers out there and I just love watching them progress and checking in on them. I'm a country girl born on a farm, I just want to be a part of preserving what New Zealand has to offer. I would like to end up on an island maybe Maud Island or somewhere in the south, maybe working with some of the birds, takahē, Kākāpō.

I'm here with Kelvin who's the course coordinator for the trainee Rangers he's going to show me how to tie a termination knot. Simply the terminations means termination where it stops at the fence, we turn the wire over like so, so you end up with a bent and it's nice and solid and won't go anywhere on you, because it's a very, wire that flicks a lot, you need to have that stability. So, effectively we just put that under there, pull that back up into there, slide that forward and then lift it up, right. Okay, so then you actually take it so, fold that round, put it into a crank, and then you wrap, okay, do about two to three wraps. come over, stop, come back, turn backwards and snap it off. Why do trainee Rangers need to learn about fencing? DOC has a huge estate that is protected by fencing keeping animals out and the last thing they need is a fence to fail.

I've had an amazing time out here with the trainee Rangers and if you're thinking of checking in your office job then maybe we've given you some food for thought. A Ranger's life isn't for everyone but for a dedicated bunch of people they really are living their dream job.

There are no specific entry requirements to become a ranger. However, a New Zealand Certificate in Conservation (Operations) (Level 4) may be useful.

You gain this qualification by completing the trainee ranger programme run by the Department of Conservation (DOC) at the Nelson Marlborough Institute of Technology (NMIT) or Toi Ohomai in the Bay of Plenty.

A relevant Bachelor of Science degree may also be useful. Tertiary students can major in parks and outdoor recreation at Lincoln University.

There are no specific secondary education requirements to become a ranger. However, te reo Māori, biology, construction and mechanical technologies, geography, agricultural and horticultural science, and physical education are useful.

Rangers need to be:

You have to be very self-motivated and enjoy working by yourself because a lot of the time you will be working alone.

A knowledge and understanding of Māori culture and protocol is also useful.

Rangers need to have excellent fitness and health as the job involves working outdoors in all kinds of weather and in challenging locations.

Demand for rangers is expected to grow due to a government increase in conservation funding.

There are often vacancies for Department of Conservation (DOC) ranger jobs, but competition can be strong. Your chances of securing a job are best if you apply for ones based in remote areas.

According to the Census, 981 park rangers worked in New Zealand in 2018.

You can improve your chances of securing a ranger job by volunteering for DOC or for council or community projects. Volunteering can lead to short or long-term contract work. Contract and volunteer work in the field is usually only available in summer.

Studying online courses through DOC may also help your chances of getting a job.

Most rangers work for DOC

The Department of Conservation (DOC) is the main employer of rangers. They can also work for:

Rangers may move into team leader or management roles.

Rangers can specialise in several areas, including: 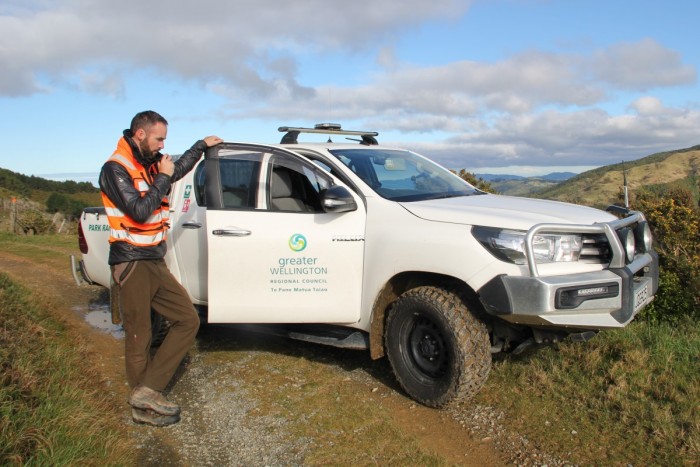 Environmental scientists study human effects on the environment such as climate change, pollution and loss of biodiversity. They also advise on how to avoid or reduce these harmful effects.

Biosecurity officers check areas of land for harmful animals or plants and arrange for, or help with, pest destruction and control.

Marine biologists study animals and plants that live in the sea, and how they interact with their surroundings.

Environmental engineers assess and reduce the impact of engineering projects on water, soil and air. They also plan and design systems to treat and remove waste.

Zoologists study animals and their behaviour in the wild or in captivity, and how they interact with other species and their environments.