Pay for television presenters varies depending on their profile, experience and responsibility.

Chances of getting a job as a television presenter are poor due to high competition for a small number of jobs.

Television presenters may do some or all of the following:

Television presenters need to have:

Sonny Ngatai talks about what it takes to be a television presenter – 2.01 mins. (Video courtesy of Oompher)

View transcript
Johnson: Kia ora! Today we are having a chat to television presenter, Sonny Ngatai

Sonny: When I first thought of presenters, I thought that they were given their lines to do, then they sit on the couch and the famous person walks in, they read their lines, have a good conversation then that’s it.

Johnson: Oh some still do that. [Both laugh.]

Sonny: But there’s actually a lot of work that goes behind it, you have to learn your scripts, you have to research someone. You have to really understand them before you even meet them, you have to almost know them better than they know themselves.

Sonny: When I was about to leave school, I wanted to be a doctor. You know being a doctor was my biggest dream. So then I did everything, I signed up, got everything all planned out then I went to university and did my first year and I hated it! Absolutely did not enjoy. And in between that I had shoots for the web show. Any time I get any message from Vicky about “aww can you write us this or, we have a shoot coming up, are you available for? Anything like that it would give me the BIGGEST smile on my face. And I knew from there that being a doctor just wasn’t for me. I’ve come to look at this as a spectrum. The biggest highlight of my life so far was being able to make that decision and have the opportunity to be on a TV show.

Sonny: Kia ora! Here are my five tips to becoming a TV presenter. Tip number one: copy other presenters. Tip number two: if you’re serious about being a presenter, make a show reel or an audition tape. Tip number three: take every opportunity. Every opportunity that comes knocking on your door, take it and don’t be afraid. Tip number four: manners. Always be nice, no one likes a stink guy. Tip number five: get a CV and send it out. Employers love keen beans.

There are no specific requirements to become a television presenter, but a good level of spoken English or te reo Māori is essential.

A qualification in television, film, or journalism is preferred by most employers.

A full driver's licence is usually preferred, as television presenters may have to travel to locations for filming that are not accessible by public transport.

There are no specific secondary education requirements to become a television presenter. However, media studies, music, dance and drama, ngā toi, te reo Māori and English are useful.

Television presenters need to be:

Television presenters should have clear speech and an expressive voice.

Competition for television presenter jobs is high because there are more students graduating with film and television qualifications than the number of vacancies available.

Television presenters tend to stay in the job for a long time so there are few new positions.

According to the Census, 210 television presenters worked in New Zealand in 2018.

Increased job chances with a broad range of skills and experience, and a social media following

The more multi-skilled you are, the higher the chance you have of securing work in television. Few people work full time as television presenters, most work part time and do other television-related work as well. For example, they may work in roles such as journalism, producing, editing, acting, directing, make-up and wardrobe and technical support.

Any acting and film directing experience, for example in the 48-hour film festival, is helpful and should be included in a portfolio to show potential employers. It's sometimes possible to get into the industry by presenting a web series or YouTube channel and creating an online social media presence with a large following. Being a subject matter expert for presenting specific subjects is also useful.

Television presenters may specialise in areas such as: 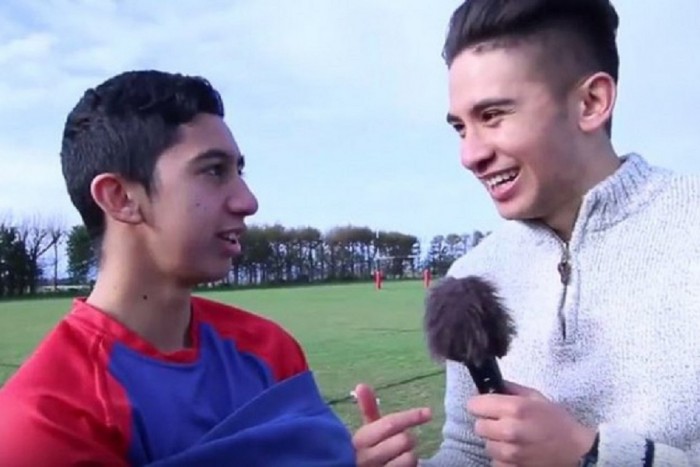 Actors entertain people by using body movement and speech to play a character in media and stage productions.

Journalists research and produce stories for websites, print, radio, television and other forms of media for social and commercial purposes.