Actors entertain people by using body movement and speech to play a character in media and stage productions.

Pay rates for actors vary depending on your ability, how often you work and what type of work you do.

Chances of getting work as an actor are poor because the performing arts industry in New Zealand is small.

Pay rates for actors vary depending on your ability, how often you work, the size of the production you are working on, and what type of work you do.

Actors often need to combine their work with other forms of employment, as acting work tends to be irregular.

Actors may do some or all of the following:

Actors need to have:

Stunt performers need to have:

Taylor Griffin has always loved acting. It was this love that saw him get a degree in performing arts and kick-start his career with a role in Shortland Street. But being a professional actor is not always as easy as it may seem.

“But acting will always be one of the hardest professions to get properly paid work. You’re always going to need something else on the side until you make it really big.

“Yet I find a lot more happiness doing the lesser paid gigs than I do the higher paying gigs.”

“Staying motivated and positive are probably the two biggest challenges when it comes to being an actor. You probably get one job out of every 100 auditions so you need to have a really thick skin and not take it personally.

“Every small hurdle will make you a better actor and will set you up for something else that comes along.”

“The biggest piece of advice I would give to aspiring actors is follow your heart. Acting is one of those jobs you can only really do if you’re 100% ready to commit to working really hard for years and years of your life.”

There are no specific entry requirements to become an actor. However, a Diploma or Bachelor of Performing Arts, or a Bachelor of Arts majoring in drama may be useful.

To become a stuntperson you need to have the skills, knowledge and ability to perform stunts.

To be a member of the Stunt Guild of New Zealand you must be at least 18 years of age and meet other specific criteria.

There are no specific secondary education requirements to become an actor. However, music, dance and drama, English, te reo Māori and media studies are useful.

For stunt work, physical education may be useful.

Actors need to be:

Every small hurdle will make you a better actor and will set you up for something else that comes along.

Actors need to be reasonably fit and healthy, as the work can be physically demanding. They should also have clear speech.

Chances of getting work as an actor in New Zealand are poor due to the small size of the performing arts industry and strong competition for acting roles.

Having an agent can increase your chances of finding acting work. The Actors Agents Association of New Zealand lists reputable agents operating in New Zealand.

Many actors have other sources of income

Actors often have other jobs as their main source of income. They may work in a variety of roles in the arts and media, business, hospitality or retail industries where they can take time off when they get acting jobs.

Creating your own opportunities

Due to the difficulty in finding work, many actors create their own productions.

Actors can apply for funding to make their own films, webseries and content for digital platforms from agencies such as Creative New Zealand, NZ on Air (for TV), New Zealand Film Commission (for film), and Te Māngai Pāho Māori broadcasting agency.

Actors may work for:

Many actors work on contract and have agents that find work for them.

Actors may progress into related roles such as author, director or media producer.

With industry experience, stuntspeople may progress to become stunt co-ordinators. Stuntpeople may specialise in doing stunts such as high falls or fights. 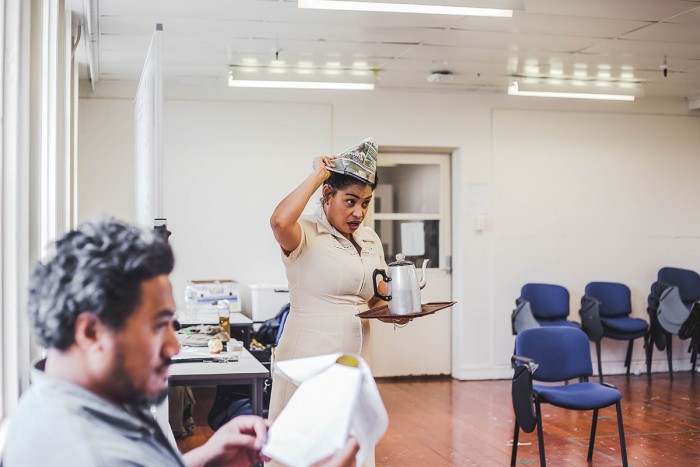 Models display and promote clothes or other goods on television, online, in magazines and advertising, and on catwalks at fashion shows.