Pay rates for make-up artists vary depending on their ability, how often they work, and what type of work they do.

Chances of getting a job as a make-up artist are poor due to lack of demand.

Pay for make-up artists varies depending on skills, experience and where they work.

Pay for make-up artists in salons and stores

They may receive bonuses, commissions and staff discounts.

Pay for make-up artists in television

They receive time and a half over 10 hours, and double time after 12 hours, and may charge kit fees.

Freelance make-up artists’ income depends on how often they work, and the success of their business.

They may also charge for travel and food.

Make-up artists may do some or all of the following:

We have to sterilise our brushes, and I shampoo and condition them. I don't want to pass on a cold sore or eye infection.

Make-up artists need to have:

A dream that came true

Warren Dion Smith got into make-up at an early age, and has worked on major films and travelled the world with his career.

"Nana bought me a paint set when I was six, and I put the paint on my face. I knew I was going to do make-up – my dream was to win awards, to see what I could achieve."

Warren's now won many awards, and his favourite is a local one. "I’m proudest of my Absolutely Positively Wellingtonian award, and it's the only one I display."

The reality of film work

Warren says make-up artists working in film have to be available all day, and film days are long.

"When I get a phone call saying, 'Darling, are you available to work on Monday at 4am?', I always say ‘Yes.'

"You have to be the first person on set and the last out – 18-hour days on your feet."

Although Warren has worked on hair, make-up and special effects for films such as King Kong and The Hobbit, it’s his role in people’s lives that he counts as most important.

"It's more of an honour for me to contribute to people's special days. I do weddings – they are special days – but my greatest honour was to do the make-up for my brother, mother and grandmother after they passed away."

There are no specific requirements for becoming a make-up artist. However, you may find it useful to have:

No specific secondary education is required for this job. However, design and visual communication (graphics), media studies and drama are useful.

Make-up artists need to be:

You need to be a great team player – proactive, professional, and a good listener. Only the best hair and make-up artists survive in the New Zealand marketplace.

Restrictions associated with the COVID-19 pandemic reduced the demand for make-up artists.

Demand may improve as restrictions ease. However, major employers of make-up artists are still operating at reduced capacity. These  include film and TV industry productions and in-store demonstrations at major beauty retailers.

According to the Census, 540 make-up artists worked in New Zealand in 2018.

Make-up artists may work for:

Some make-up artists work freelance or run their own business.

Make-up artists may progress to:

Make-up artists who work in retail stores and hair and beauty salons may move into managerial or training roles.

Make-up artists may specialise in: 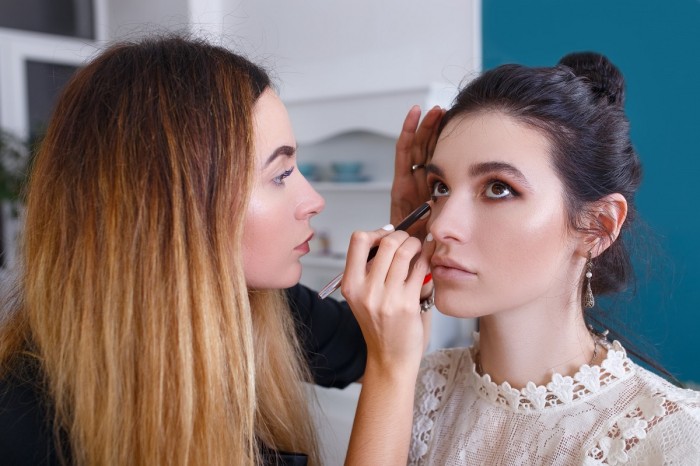 Beauty therapists provide treatments for the face and body, such as facials, massage, laser hair removal, waxing and pedicures.