Pay rates for production assistants vary depending on the type of production you work on.

Chances of getting a job as a production assistant are poor due to strong competition for limited vacancies.

Pay for production assistants varies depending on the type of production they are working on.

Production assistants often work on short-term contracts and work may be irregular with long periods between jobs.

Production assistants may do some or all of the following:

Production assistants need to have knowledge of:

Freelance production assistant Natalia Le Bas shares how she got into her job and what it’s all about.

“I came back to New Zealand after teaching English in China and wasn't really sure what I wanted to do. I got a job in customer service and realised I didn't want to do that as a career, so I ended up enrolling in a one-year production management course at South Seas Film & Television School.

“A few months after graduation I was fortunate to secure a job at a talent agency and 18 months later decided to pursue a career in the screen industry as a freelance production assistant.”

“My job mostly involves basic, boring work or small jobs that free up the production co-ordinator for more important tasks. Everything from keeping the kitchen clean and tidy and making coffee for guests, to booking and setting up meeting rooms, and getting quotes for goods and services.

“But it's not your typical nine-to-five job and many of the people I work with are extraordinarily creative and the best in the industry. It's exciting and amazing to be part of the creative process.”

“The ebb and flow of work in the industry can be an obstacle. I’ve had to spend months hustling for work and doing temporary jobs between productions. I think the only obstacle is yourself though – you’ve just got to keep going.”

There are no specific requirements to become a production assistant. However, a tertiary qualification in media production, broadcasting, or film and television may be useful.

There are no specific secondary education requirements to become a production assistant. However, English, media studies, digital technologies, design and visual communication, music, dance, and drama are useful.

Production assistants need to be:

It's not your typical nine to five job. It's exciting and amazing to be surrounded by and be part of the creative process.

Production assistants need to be reasonably fit as they may need to do physical tasks, especially on location shoots.

Chances of getting a job as a production assistant are poor due to strong competition for limited vacancies. It is one of the few entry-level jobs in the industry but it can be hard to get work as there are many graduates with suitable qualifications.

Be proactive and network

The best way to enter the industry is to contact people at media production companies directly, and widen your networks by attending industry functions and conferences.

Most film and television production work is centred in Auckland and Wellington.

It is useful to create your own films, plays or web series and build up a portfolio of work. Such work provides opportunities to develop skills and gain exposure, but is often unpaid.

With experience, production assistants may move into other production roles, such as producer, director, editor or camera operator. 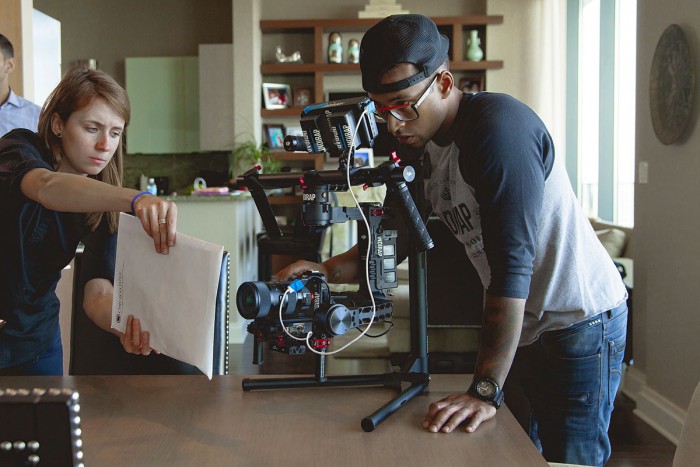 Production assistants help in all areas of production