We're currently experiencing a high volume of inquiries, which is affecting the time to answer calls and chat. If your query is not urgent, please email customerservice@tec.govt.nz and we'll respond in due course.

Pay rates for directors vary depending on your ability, experience, and what type of work you do.

Chances of getting a job as a director are poor due to lack of demand.

Pay for directors varies depending on skills, experience and the type of work they do.

Many directors are self-employed and may work on their own short productions and earn very little, while others may do regular freelance work based on a recommended minimum rate of $2,500 a week.

Directors may do some or all of the following:

Directors need to have:

Marcus Palmer is a documentary and television director whose credits include The Dragon Story, Police Ten 7 and MasterChef who took advantage of every opportunity he could to achieve his dreams.

“I studied electrical engineering and quickly realised it wasn’t for me. So I went to South Seas Film and Television School and did a diploma in film and television production.

“My first job was as a director’s assistant on a show called Pukoro on Māori Television. After that I kept seeking out work and doing little jobs to build up my portfolio before I became the production co-ordinator on Marae DIY. While I was working on Marae DIY I also started work as a researcher on Just the Job.

“After I had been doing Just the Job for a while I asked if I could direct one of the episodes and eventually became one of the main directors on it.”

Rewarding to see your work out there

“I’ve done two documentaries and when they finally hit the TV there was a sliver of time there where I went ‘Wow, I made it.’

“When the Dragon documentary came out a critic said that it was as good as the Amy Winehouse documentary (Amy). I think that was a pretty remarkable achievement.”

“I think keeping going is the key to success in this industry. I must have spent five or six years just doing things towards getting my first directing job. Stick with it because it will happen if you want it to.”

There are no specific entry requirements to become a director. However, a relevant tertiary qualification in screen, radio or stage production may be useful.

Experience in the entertainment industry and proven ability are essential.

There are no specific secondary education requirements to become a director. However, English, media studies, and music, dance and drama are useful.

Directors need to be:

Directors need to be reasonably fit and healthy as the hours are often long and demanding, and they may work outdoors in challenging locations.

It is difficult to get work as a stage, film, or television director in New Zealand because the entertainment industry is small.

Your chances of getting a job are best if you network regularly with industry contacts.

Most film industry professionals build a portfolio of previous work to showcase their professional skills.

According to the Census, 729 directors (film, television, radio or stage) worked in New Zealand in 2018.

Restrictions to control the spread of the COVID-19 pandemic have affected around 5,000 film industry jobs, including director jobs.

As the restrictions ease, some of these jobs may return.

The Government has announced $179 million of emergency funding for the creative industries, with a second round expected to be announced before the end of June 2020.

These initiatives may improve employment opportunities for directors.

Most directors are self-employed and work on a project-by-project basis.

Directors may work on:

Directors may specialise in a particular area of production, such as feature and documentary films, television, radio or stage. 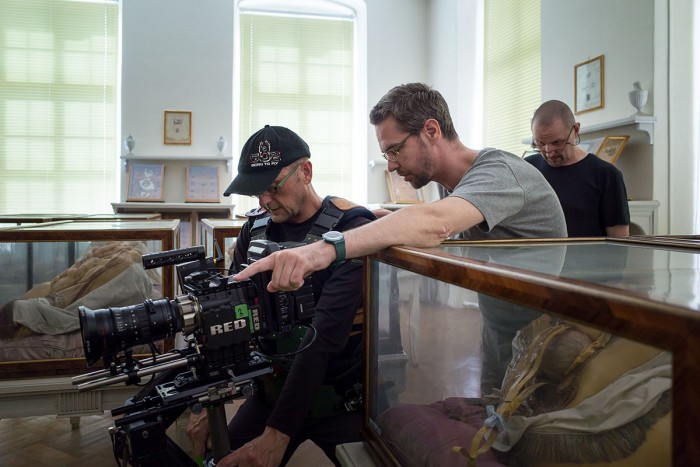 Directors determine how a production is to be filmed (Image: Simon Graf)