Chances of getting a job as an economist are poor for those wanting to enter the role, and average for those with experience.

Pay for economists varies depending on experience, location, and the type of organisation they work for.

Pay for self-employed economists varies depending on the amount of work they get.

Economists in the private sector usually earn more than those in the public sector, and often earn bonuses and other benefits in addition to their salary.

Economists may do some or all of the following, depending on their area of specialisation:

Economists need to have knowledge of:

Travel a part of the job

Economist Jason Leung-Wai's job takes him all around New Zealand. When Chatham Islanders wanted to make a case for funding support from the Government, they asked Jason's firm to help.

"We really tried to understand their economy, their issues and aspirations. We developed some growth scenario models with them, showing how they could actually be a positive contributor to the New Zealand economy," Jason says.

As a Pacific Islander, Jason has had to learn to balance cultural expectations with workplace ones. A major cultural expectation for him was fa’aaloalo [respect], which is largely driven by age and position rather than experience or knowledge, he says.

"Generally you tend to defer to older people or people in a higher position. I think it may have influenced how I operated early on, although now I am through to the other side."

Now, when diversity in a workplace is encouraged, having a different cultural perspective is quite beneficial, Jason says.

Jason Leung-Wai is of Samoan, Chinese and European descent.

Economists need to be:

If you enjoy people and you enjoy coming up with solutions to address real-world issues, then that makes this job a lot easier.

Economists tend to stay in the job for a long time, so vacancies are rare.

According to the Census, 546 economists worked in New Zealand in 2018.

Chances strongest for economists with experience

Opportunities are best for economists who have:

You can increase your chances of finding work as an economist by working several years as a data analyst for local government or a private company.

Many economists are self-employed, but to do this you usually need 10 or more years' experience and a good reputation.

Economists may progress to work as academics, business managers or economic strategists.

Economists may specialise in researching a particular area, such as: 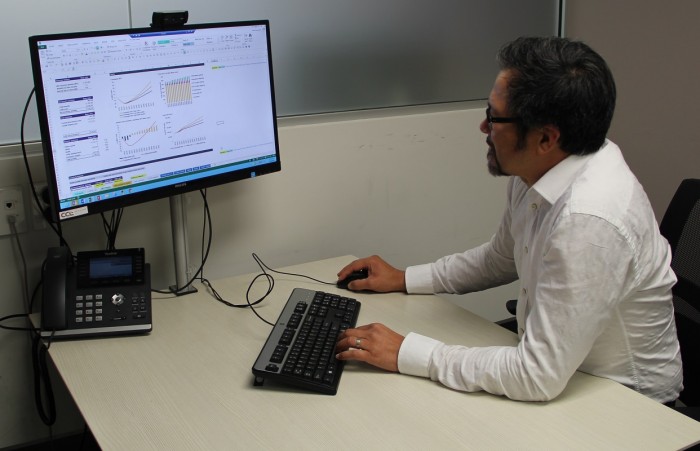 Market research analysts collect and analyse data and information, write reports, and make recommendations to their clients based on their research.