Due to the Covid-19 pandemic our job opportunities information may be out of date. We'll start our updates again as soon as possible.

Pay rates for musicians vary depending on their ability, how often they work, and what type of music they play.

Chances of getting work as a musician are poor because the music industry in New Zealand is small, and few full-time jobs are available.

There are no set pay rates for musicians, and what you earn depends on your ability, as well as how often you work and what type of music work you do.

Work may be irregular, and many musicians rely on supplementary jobs to make a living.

Musicians may do some or all of the following:

Musicians need to have knowledge of:

As a singer/songwriter, Ciaran McMeeken has toured the country, released a debut album, and had his music streamed over 1.8 million times on Spotify, but it didn’t all happen overnight.

A slow and steady process

“I’ve been playing music for 13 years, but I’ve been really pursuing it for the last five. It’s been a really slow and steady process of writing songs, recording them, playing shows, and I guess just honing my craft and getting better and better at performing and writing songs. I feel like I’m just getting started.”

Not always a full-time gig

“I started off working full time, then got to a point where I was working about 20 hours a week and pouring the rest of my time into making music. It’s been a process over the last three or four years of cutting down that part-time work.”

“Early on, I really doubted myself but I just had this tiny inkling that I was meant to be doing this. I decided to commit one hundred percent and do whatever it took to make it work,” says Ciaran.

“I’d love to be touring around the world and selling out arenas and I’m committed to making that happen.”

There are no specific requirements to become a musician. However, a tertiary music qualification may be useful, for example:

Musicians also gain skills on the job through practise, training, rehearsals and performances.

There are no specific secondary education requirements to become a musician. However, English, music and languages are useful.

Musicians need to be:

Chances of securing a job as a musician are limited because the music industry in New Zealand is small and few full-time jobs are available.

According to PricewaterhouseCoopers, about 1,100 people were working in the live music industry in 2015.

Performing the best way for musicians to develop a profile

The best way for musicians to develop a profile and get more work is by performing in public. For many, performing at open mic' nights, approaching venues for gigs, and finding a manager to represent them are good ways to get started.

Musicians can also sign with music publishing companies who licence music for use in film, television, and advertisements. Music publishing can provide another source of income for musicians.

However, most musicians have to perform for years before they build up a reputation and can earn a full-time living. As a result, many work in other jobs to supplement their income.

Building a portfolio career and networking key to success

Many musicians support their performance career with other music related work, such as music education, production, management, sales, marketing and administration, and music journalism.

Musicians also need to be self-managing and have the confidence to network and make contacts in the areas they are interested in.

Most musicians are self-employed, although they may have an agent. Musicians may be hired by companies or individuals to play at events such as concerts, festivals, parties or weddings.

Classical musicians, composers and conductors can work for orchestras, choirs or bands including:

Other musicians may be hired to record or direct advertising jingles or incidental music for film, television and radio.

Musicians can specialise in a number of roles, including:

Composer
Composers create new music or rewrite existing music for bands, orchestras, singers, plays or films.
Conductor/Music Director
Conductors and Music Directors direct the performance of musicians in an orchestra, vocal/choral ensemble, band or musical performance.
Instrumental Musician
Instrumental musicians play one or more musical instruments as part of a musical composition.
Singer
Singers perform as soloists or as part of a group to entertain an audience.
Songwriter
Songwriters write music and lyrics for songs, either for themselves or others. 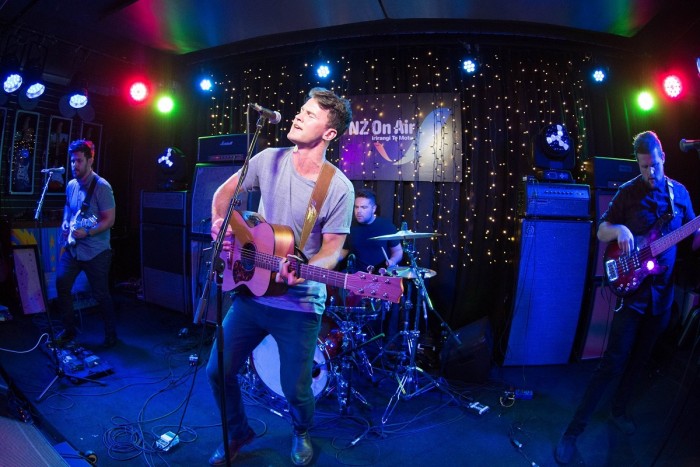 Private teachers/tutors teach a specific skill or subject to individuals or small groups of children or adults.