Chances of getting a job as a software developer are good due to a shortage of workers.

Pay for software developers varies depending on skills, experience and where you work, with pay in Auckland being higher.

Software developers who specialise in developing or maintaining computer programs may do some or all of the following:

Software developers who specialise in developing websites may do some or all of the following:

Software developers need to have knowledge of:

"There's always some hard work involved in getting a programming project together," says programmer Nick Hill.

"But once you've completed the background development and learning, it's a lot of fun seeing a new or enhanced program benefit users. It's something I enjoy doing – and it's great to get paid for doing it."

A balance between working on programs and with people

Working for a nationwide organisation, Nick writes, develops and maintains a number of database-focused programs. "There's a nice balance between working alone on applications, and working with users and others in the team."

Getting some real-world experience to learn the main skills

Nick has been learning about computers since he was at primary school, but says he found formal training helpful in gaining an appreciation of what was required of professional programmers. "In my final year, I worked on real-world projects and it was this work experience that got me started in the industry."

Nick says that one of the main skills of the job is to convert a customer’s often vague requirements into a program. "You need to do some research to find out what the options are, pick the best one and put a program together that meets the project's requirements."

Keeping up with changes in the industry is key

Learning is important in this job too. "Because technology is changing so fast I’m always going to be learning so I won’t get the chance to be bored."

So what I do from a day-to-day basis is try and solve problems, which means taking the data that we have in the database and trying to represent it on a screen, or allowing users to add more data to solve their specific problems.

I first joined Orion Health as a graduate from Otago University, and as a junior I got a lot of help in my day-to-day job to solve problems. But as I’ve become more experienced and over the following years, I’ve got a lot more autonomy now in what I do. And I get to pick how I solve the problems or sometimes even what problems I choose to solve. As you develop, you also get to choose to specialise a bit. You might be a database programmer or you might be a back-end programmer, or as I am, working on the front end.

What that means at Orion Health is working on web applications, which are basically complex websites that show and modify the data in the database. It’s a really exciting field to work in, there’s a lot of change especially at the moment going on – with web browsers and things – you get a lot of money put into them, and the technologies themselves, the languages we use are evolving at a quick rate, so that’s very exciting. Orion Health came and did a recruitment seminar at Otago University and I was really impressed with what I saw so I applied – that was about five years ago now, and I’ve loved it ever since.

The working environment's fairly relaxed – as you can see, I’m sitting here in my T-shirt and jeans. Also the working hours are quite flexible – some people come in at seven or eight in the morning and leave quite early. Other people come in at sort of 10.30 in the morning and leave at seven or eight – it’s really whatever suits you.

After trying some various other career opportunities, I found myself at a loose end for a year or two, and eventually sort of realised that what I was spending a lot of time doing was either creating websites for fun, or just spending a lot of time on the computer anyway. And so I thought that programming would probably be a good job for me, and went to Otago. So I ended up getting a degree in computer science. Since then, I’ve gone on to get a couple of trade certifications, and there’s plenty more for further qualifications out there, and the various fields that you might be interested in.

So my typical day starts off with checking my emails and seeing what tasks have come in overnight. It generally then goes on to problem solving and how I can solve the issues that our customers are having – whether they are actual bugs or improvements we can make to the software. So, given the inputs, which is the data we have and the existing code base, how can I produce an output? It’s sort of like putting together a puzzle of trying to solve this problem.

So, starting off as a junior developer, you might expect to get around $40,000 a year. As you get more experienced and get promoted, you might get up to about a $100,000 a year. After that, you can go up the management track and become a team leader or a development manager. Or you can go up the technical route and become a technical leader. And obviously, the remuneration is greater on those.

For working conditions, it’s fairly comfortable. You get four weeks’ annual leave, which is standard for New Zealand.

One of the things I love about a digital career is you have the opportunity to help a lot of people around the world. For instance, what we do here at Orion Health is we make health care software. So it’s really exciting to know that the code you’re writing can be used in hospitals helping save lives in America or Spain or back here in Auckland.

There are no specific requirements to become a software developer. However, you usually need:

You can also learn through online courses and tutorials, and work on your own projects.

For Year 11 to 13 students, the Gateway programme is a good way to gain industry experience.

Software developers need to be:

You can't be frustrated by challenges. If you get too frustrated with a programming problem, your chance to solve it will disappear.

Software developers spend a lot of time using computers, so they need to know how to use computer equipment properly to avoid occupational overuse syndrome (OOS).

Software developers may choose to become certified through associations such as the Institute of IT Professionals.

Software developers are in high demand due to:

There are not enough experienced software developers to meet demand. Nearly two thirds of IT employers report skills shortages, and there aren't enough information technology (IT) trainees.

According to the Census, 15,174 software developers worked in New Zealand in 2018.

How to get your first IT job

You can improve your chances of getting a job through:

Software developers can work for a wide range of organisations, including:

Software developers may progress to become senior developers, software architects or IT managers.

Software developers may specialise in the development, maintenance or enhancement of certain programs and software.

They may also specialise in a particular area such as: 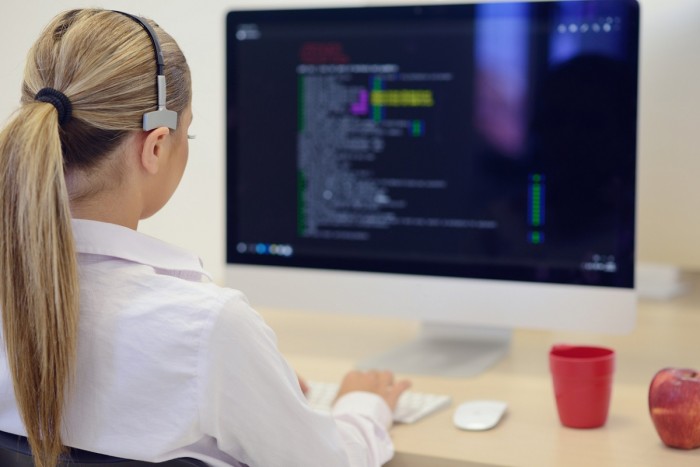 Information technology (IT) helpdesk/support technicians set up computer and other IT equipment and help prevent, identify and fix problems with IT hardware and software.

User experience (UX) designers design the way websites and software applications (apps) look and work, based on what users need.