Raukawa Paama talks about her plumbing apprenticeship and why she thinks more women should get into a trade.

Raukawa Paama (Ngāti Tūwharetoa and Te Ati Haunui-a-Pāpārangi) is one of only about 20 female plumbing apprentices in New Zealand.

Raukawa worked in different jobs, including time in the Army and warehousing, before deciding on a career in plumbing.

She was inspired to get into plumbing after watching an interview with a contestant from reality television show Australian Survivor. "One of the contestants was a plumber and her story was similar to mine. She’s the reason I chose to do plumbing."

While doing a six-month pre-trade course at Wintec, Raukawa decided to approach a plumbing firm for work experience. She was offered full-time employment as a labourer after she finished her course, and eventually began a Masterlink plumbing apprenticeship with the same company.

Raukawa enjoys her work, and loves the variety. "You could be drainlaying one day, and fitting a bathroom in a retirement village the next. I’m learning lots and my colleagues are great. I’ve made some good friends."

Build on your dreams and go for it

Raukawa wants to encourage more women to work in construction. In her experience, women often pay close attention to detail and usually take extra care with their work.

Masterlink and Master Plumbers Association chief executive officer Greg Wallace agrees. He wants more females to consider industry apprenticeships. "Feedback from plumbing firms who have taken on women has been very positive. We need to build on this success so females become the industry norm, rather than the exception."

Raukawa’s advice to those considering a career in construction is to go for it. "If you really want to get into the industry, just do it – think of your why and your reason and never give up." 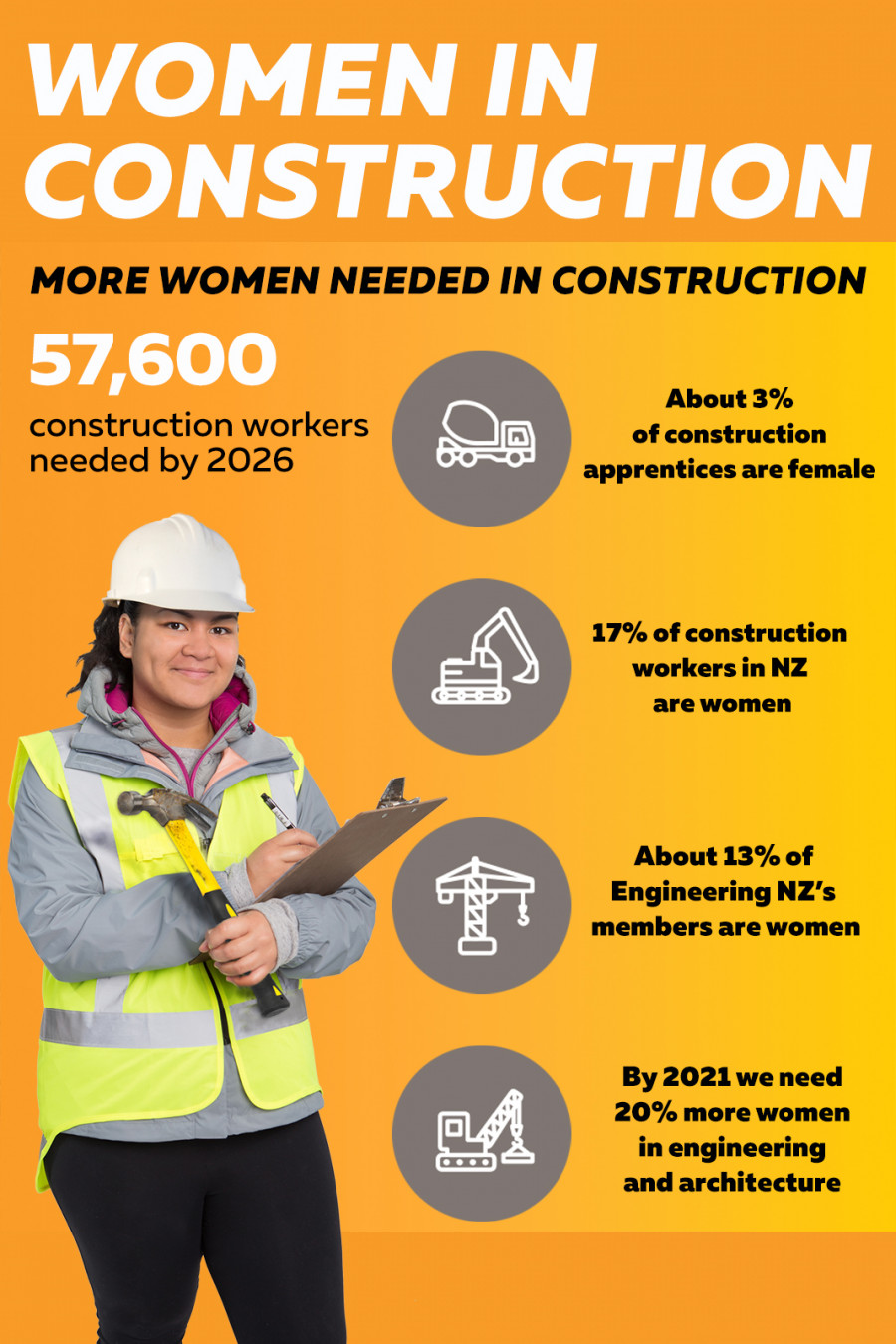