We're currently experiencing a high volume of inquiries, which is affecting the time to answer calls and chat. If your query is not urgent, please email customerservice@tec.govt.nz and we'll respond in due course. 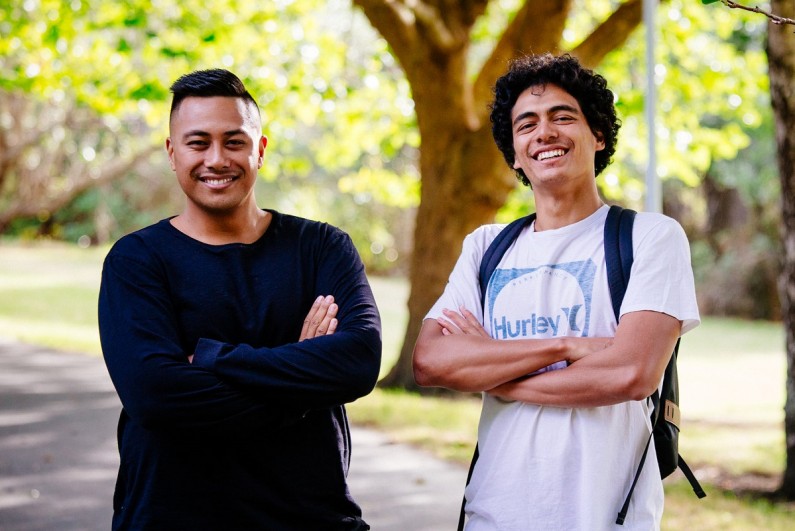 It can be difficult to picture working life while still at school. Sometimes stars from popular culture are the only inspiration for careers, but they might not represent the life we want our young people to have.

Good role models empower young people to imagine they can create the life they want by making good career choices. Here’s how to introduce your young person to people with inspiring careers.

Talk about your own career path

Parents and whānau are their children’s biggest influencers, so share your own career path with them.

Talk about the decisions you made to choose your career, any training you did, and what help you got along the way. Describe any setbacks and how you overcame them.

If you’re not working right now due to the COVID-19 pandemic, or don’t enjoy your career, talk about what you'd like to do now, and how you might break any blocks. Remind your young person that there are always options.

Have a movie night and chat about what these people demonstrate about career planning, including their tips for overcoming obstacles and staying on track.

If your young person has a part-time job or is doing work experience, encourage them to ask their supervisor or manager questions about their career pathway. They should get an idea of what it takes to get into work and how career decisions are made.

Get inspired by Robett Hollis – video


Robett Hollis has a portfolio career as a champion snowboarder and digital tech entrepreneur – 4.59 mins.

Brook: This is Paula and Simone from Local and Loyal Whanganui. And this is entrepreneur Robett Hollis. And this is me, trying to work the elevator – help me please!

Robett: Kia ora everybody, my name is Robett Hollis, my whānau is from Ngāti Porou, East Coast, Gisborne and I am a lifestyle entrepreneur.

I am officially unemployable. I have no degrees or qualifications. I failed high school, couldn't get into university. But, I have a degree from Chicago's hot dog university, which I went to – true story.

After I'd finished Aranui High School I became a professional snowboarder, travelled the world. Got to do that for a bit and then I used my money to start a small media business, and then I successfully expanded that into one of New Zealand's largest action sports networks. And then started a video production company, which became a full content agency.

Those who are really hungry, you can see from afar if they've got the right intent for where they wanna go. Because without you having to pay them for it they're doing something similar, proving to themselves because they're doing it for fun anyway, or for passion anyway. That's a huge key driver. In a small market like New Zealand the reality is within one phone call you can figure out exactly who they are and what they're about and if they're a good person or not. Because I really don't trust paper, I trust people.

I think when you're an entrepreneur there's always going to be setbacks. I mean I make mistakes in business every single day, I think it's just the mindset of how you approach business.

But at the same time as well I understand that now with everything being tech-driven, the game's gonna last for so so so much longer.

The biggest difference that you guys have that I didn't have when I was 13 was the ability to embrace technology.

Brook: And if I wanted to find where to get my hair done... reckon it looks good.

Paula: I'm the founder of Local and Loyal, I've been developing apps for businesses mainly in Wellington for the past six or seven years, but what I wanted to do was sell individual apps to all the small businesses here in Whanganui.

Paula: I look for people that don't give up at the first setback or hurdle. People that can use their initiative and work around problems. I employed Simone because she gave great feedback with businesses and was constructive in her feedback. Simone's role not only includes looking after our Facebook page. [Loud music from computer.]

I mostly do social media so I run the Facebook and Instagram pages so I have to record videos and collect content from businesses that they want me to put on it about new products and things like that. It's quite hard. Some people aren't quite up with technology here, so it's trying to explain to them what an app is and show them how it works and things like that.

Paula: Simone has to be very adaptable in her job. At times she'll be called away to visit a customer, to walk a customer through how to make a coupon, update customers on the changes of what's happening at Local and Loyal, or set up an event.

Simone: Having a positive attitude is really important because if you don't look approachable then people don't really want to listen to you, and if you're too pushy then they're sort of like uhhhh...

Paula: You've definitely got to be resilient in this industry.

Paula: Every time I've visited a business, if I was given the "no" word, I would learn from that. You've got to learn how to ask for help. You can't do everything yourself. Like I tried to do everything myself.

Brook: These guys ooze resilience, they love to hustle and won't give up on their goals. They're looking for people who won't give up either, and who love a good challenge.

Brook: Did you spot it? That bit about handling challenges, and not giving up when times get tough. They want to know you can bounce back. Don't go telling them a sob story, they just want to know that you won't go nuts when things go wrong. Being calm in a crisis, admitting when you've made a mistake.